The Hope for Wellness Help Line offers immediate help to all Indigenous peoples across Canada. It is available 24 hours a day, seven days a week to offer counselling and crisis intervention in Cree, Ojibway and Inuktitut. Call the toll-free Help Line at 1-855-242-3310 or connect to the online chat at hopeforwellness.ca

The death of Inuk musician Kelly Fraser on Christmas Eve is being met with shock and grief.

A cause of death has not been announced.

Fraser, who was living in Winnipeg, was originally from Sanikiluaq, NU. Her Arctic home, language and traditions figured prominently in her songs and activism.

“My music has helped people,” Fraser said in a recent video hoping to raise $60,000 via crowdfunding to produce her next album Decolonize.

“That’s why I want to keep making it.”

Her three sisters were reportedly enroute to the city with help from money raised through a GoFundMe campaign. By Friday it had topped $32,000 above the original $5,000 goal.

Kelly Fraser was one of the highlights of @TheJunoAwards in 2018 when she walked down the red carpet in a dress lined with glowing blue lights.

She was at once paying tribute to her Indigeneity and making a statement akin to a superhero.https://t.co/709vBo54ky

Fraser was an award-winning and Juno-nominated artist who sang and performed in Inukititut and English. She increasingly used her profile to advocate for Inuit causes, including throat singing.

But her fame had a dark side – online attacks.

“I face a ton of lateral violence and criticism and hate. If you wanna pile it on please first unfriend me,” she said in a recent post on her now-memorialized Facebook page.

“I need a strong support system, I am not looking to lose any more friends, believe me. I’m just trying to make our language and culture stronger through music thats all. Just because I am well known doesn’t mean I deserve it.”

Friends and prominent supporters encouraged her to keep going amid the negativity they said came from colonization. 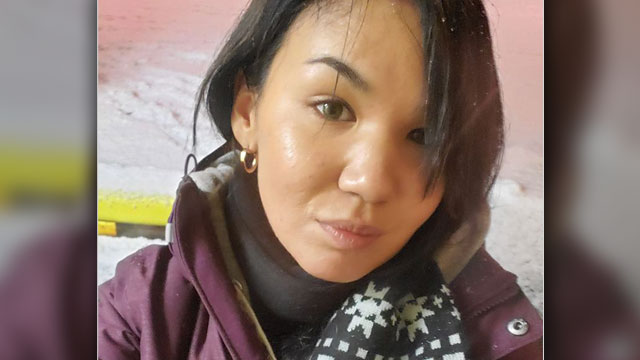 (Kelly Fraser was known for her songwriting and promoting Inuit language and culture. APTN file)

“Unfortunately Eskimos do this a lot,” replied Peter Ittinuar, the first Inuk MP.

“Way back when we’d come back from Ottawa and struggling with language and other things, the Eskimos, young and old, loved nothing better than to make us feel less than worthy. So it’s not a new phenomenon.”

Learning what Fraser, who also went by the name Iskell, had suffered prompted this response from First Nations Elder Claudette Commanda: “What did they do to you 😢💔 Kelly, you were the best, good hearted, kind, full of love & so creative. I love you & was so glad you to have met you at the UNPII NYC & you heard me tell you how proud I was of you & for you, I will always cherish the CD you gifted me with – your voice signing beautifully 😊 Rest well my dear beautiful friend, you are an angel among angels.”

Both Facebook and Twitter were full of comments condemning the haters and praising Fraser for what she had accomplished.

“We are shocked and saddened to hear about the passing of Indspire’s 2019 Youth Laureate Kelly Fraser,” the Indigenous Indspire Awards said in a condolence post.

“Through her performances of contemporary music in Inuktitut, Kelly strove to strengthen Inuit language and culture and to promote the Inuit way of life to people across Canada. Kelly was a rising star in the music industry, having been nominated for Indigenous Album of the Year at the 2018 Juno Awards and Best Pop Album at the Indigenous Music Awards for her second-ever album, ᓄᓕᐊᔪᒃ (Sedna).”

Funeral arrangements were not yet available.

We can add this at the bottom of the story if you like.

Correction: This story has been updated to correct the date of her passing.