Indigenous youth advisors appointed by Crown Indigenous Relations Minister Carolyn Bennett are worried their “roadmap” is sitting on a shelf instead of being implemented.

Two of the advisors, Andre Bear and Gabrielle Fayant, recently spoke to APTN News about their concerns with the lack of action on the report that was handed over to the government in June 2018.

“What we feared initially is actually what’s coming to happen that the report is not being implemented,” says Bear. “It’s really unfortunate.  Not just for us as advisors but for youth across the country.”

The Independent Youth Advisors were appointed in August 2017 to lead the Indigenous Youth Voices initiative and help implement Truth and Reconciliation Call to Action number 66. 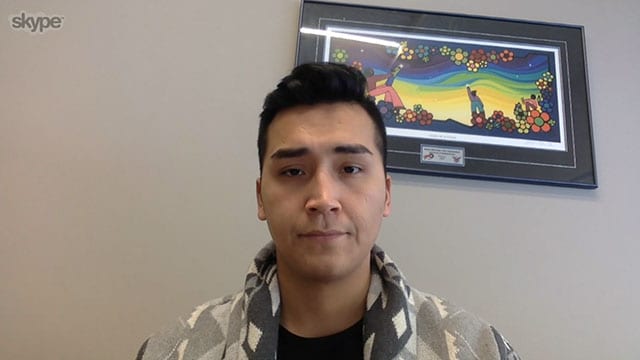 It calls on “the federal government to establish multi-year funding for community-based youth organization to deliver programs on reconciliation, and establish a national network to share information and best practices.”

The final report proposes the establishment of Indigenous Youth Voices as a “permanent, arms length, non-profit, national agency to build on the call to action.”

The advisors met with grassroots youth groups across the country, conducted an online survey and hosted a three day national gathering of Indigenous youth leaders in Ottawa in December 2017.

More than 500 youth responded to the survey that identified the challenges facing Indigenous communities.

Read the calls to action: Truth and Reconciliation Commission

50 per cent of those who took part cited drug and alcohol use as the biggest challenge.  Mental health and suicide were the next most cited challenges causing the most harm in communities.

“Alcohol, drugs and ultimately a forgotten sense of who we are,” wrote one survey respondent. “We hurt, so we drink, and we raise children who hurt, thus the cycle repeats itself.”

Some youth expressed, “anger towards the Canadian government for continuing to talk about reconciliation as a concept but not actually engaging in reconciliation on the terms of Indigenous peoples.”

“Instead, reconciliation comes across as insincere in its commitment to actually treat Indigenous people as equals, and rather, seem to be a concept that is merely a façade” says the report. 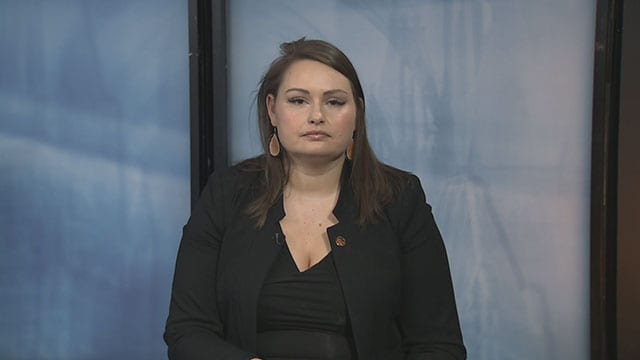 One of the respondents to the survey wrote, “I feel most types of reconciliation attempted is usually reconciliation for white people to make themselves feel better.”

Fayant says she hopes the government hears what the youth had to say and does not get offended by it.

“There’s historical truths in the roadmap,” she says. “Young people had to share their truths and the negative impacts the Canadian government has had on their lives past and present and sometimes its hard to hear the truth.”

Fayant says some young people have, “lost hope in the current conversation about reconciliation.”

“I don’t really get the feeling that the commitment is there” says Bach Wesley.

“It’s frustrating because they made so many promises and they’re not even keeping those promises” Waboose says.

Bear says, “it’s time for action, “we cannot rely on words and false promises any longer.”

In an email statement, the office of the Minister of Crown Indigenous Relations wrote, “we are ensuring that the voices of Indigenous youth are heard and incorporated into decision-making processes.”

“Through the Indigenous Youth Voices initiative, they have reported to the Minister on the results of insights gathered from Indigenous youth partners across Canada to inform recommendations on the advancement of the Truth and Reconciliation Commission’s Call to Action 66.

“One of the biggest things that we face in this country is youth suicide for First Nations peoples but unfortunately the government’s priorities don’t always reflect that,” says Bear.

“Through our research in the report, we discovered the government actually spends the most money on military when it comes to youth programming.”

Bear does not believe anything will come of the roadmap before the next federal election, slated for this fall.

The youth advisors feel the road map could mean a lot for the youth, if implemented.

According to Fayant, “there’s urgency.  Let’s not make them wait any longer.”