While residents of High Level and surrounding First Nations communities returned home after being forced from their homes by a wildfire, members of the Paddle Prairie Métis Settlement are still waiting to return to what is left of their community.

The Chuckegg Creek wildfire forced thousands from their homes and ripped through the Settlement.

Places where families were raised, memories were made, and a lifetime of hard work burned to the ground. 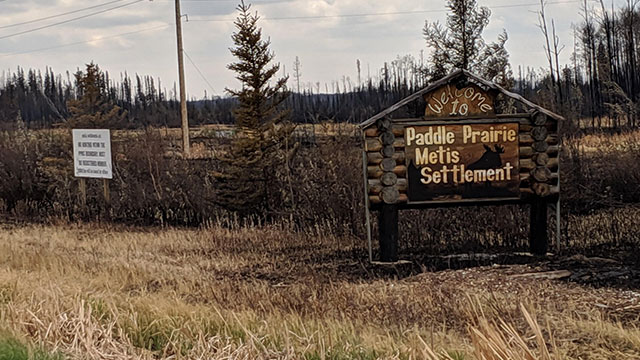 Paddle Prairie remains evacuated, but Dean Ducharme, the community’s disaster emergency manager took APTN News on an exclusive tour of the devastation that hit many.

He said the community lost 80 per cent of their forest along with at least one trap line and billions in lumber.

From the highway, smoke is still visible as crews work to restore power lines.

“This is something that would deeply impact any member of Paddle Prairie,” Ducharme said while driving past the damage.

“When I drove it for the first time I was lost for words. I grew up here. I’ve spent 40 plus years here. We hunt to feed our families here.

“This is devastation for me.” 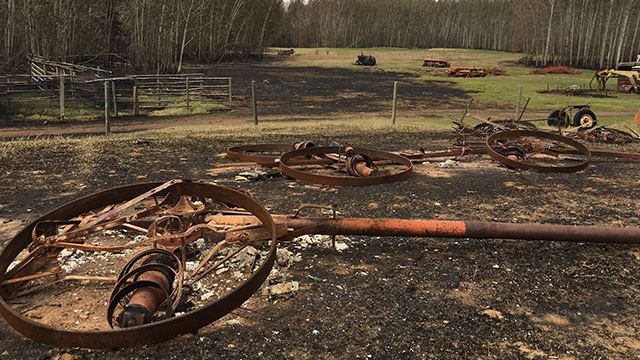 (“We all stayed based on a really simple principle, it’s our home. Photo: Tamara Pimentel/APTN)

About 40 members remain in the community to help fight the fire and cook for the crews.

Alden Armstrong is one of many to stay back and brave the smoke.

“We all stayed based on a really simple principle,” he said.  “It’s our home. It’s our home we ain’t going nowhere.

“At one point when we looked up it was in the atmosphere. It was like an atomic bomb had exploded. I just said a quiet prayer and wished and hoped to God that everybody could make it out.” 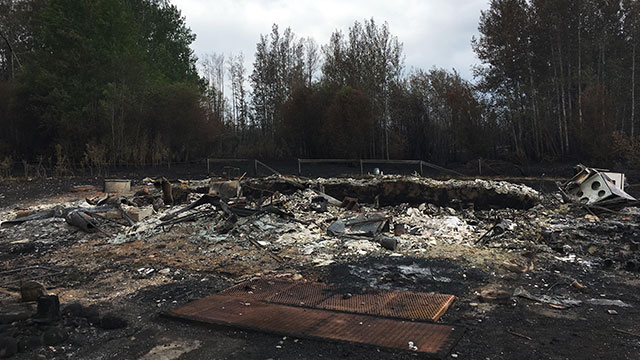 The Chuckegg Creek fire, which covers about 270,000 hectares, remains out of control. Photo: Tamara Pimentel/APTN)

Rain and cooler temperatures are helping to decrease that, but Ducharme said there is no word on when members can return.

“This is gonna bring us together even closer. This disaster is going to bring us a lot closer,” he said.