A former RCMP trainer and interviewing expert says the 2012 interrogation of an Indigenous teenager broadcast by APTN News this week is “archaic, counter-productive and embarrassing.”

Bruce Pitt-Payne, who retired from the force in B.C. after 21 years, said the accusatory approach used by the Kelowna Mountie “should never have happened.”

“I trained B.C. RCMP officers from 2010-2015,” he said in a telephone interview from Maple Ridge, B.C., where he runs PlayFair Investigative Consulting & Training Services.

“I don’t know if I trained this fella.”

The video clip has outraged viewers across the country – especially women – who expressed anger on social media at the treatment of an under-age minor disclosing an alleged sexual assault.

The damning video was obtained by APTN as part of a court case the now-adult woman’s lawyer has filed against the B.C. child welfare system.

APTN asked Pitt-Payne to analyse the nearly minute-long excerpt of a longer interview.

“From the scarce material I saw on the internet that appears to be the same type of interview that you would do on a suspect and we don’t even do that anymore,” he said.

Pitt-Payne said the teen was a vulnerable witness who deserved empathy, understanding and compassion.

“He’d already made up his mind and just wanted her to say what he wanted to hear to conclude that file.”

APTN is preparing to release additional segments in the coming days.

B.C.’s Minister of Children and Family Development was equally offended by what she saw.

“The video is sickening and horrible,” Katrine Conroy (NDP-Kootenay West) said in a statement emailed to APTN.

“Women, especially Indigenous women and girls, face many barriers in reporting sexual violence. We must do everything possible to reduce those barriers and protect survivors of sexual violence.” 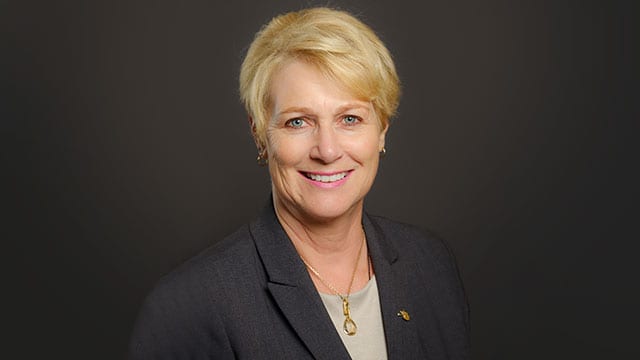 Conroy, who was not made available for an interview, said her government was discussing how best to support survivors of sexual violence.

But didn’t promise any action.

“Our government firmly believes when people come forward to report sexual violence, especially young people and Indigenous peoples, they must feel safe and be supported,” she said.

Federal Public Safety Minister Ralph Goodale, who is the minister responsible for the RCMP,  said “the apparent attitudes and techniques that were on display in 2012 are profoundly outdated, offensive and wrong.”

His office noted major improvements have been made since then.

But the RCMP declined to make Commissioner Brenda Lucki available to elaborate in an interview Thursday, citing the video’s role in a court case.

During a two-and-a-half hour interrogation, the officer asks the youth if she was “at all turned on” during the alleged assault. “Even a little bit?

“You understand that when a guy tries to have sex with a female and the female is completely unwilling it is very difficult,” he added.

Pitt-Payne said that was the wrong approach.

“It’s systemic in that people do not understand what real memory and real witnesses look like,” he said.

“We work to get the best information – meaning complete and reliable – while also considering the well-being of the person being interviewed.”

Pitt-Payne expressed concern the video would deter witnesses and victims from coming forward in the future.

He said, at the very least, the display should trigger a code of conduct investigation.

“They went in with tunnel vision and they achieved a self-fulfilling prophecy.”

He said a mentor or supervisor should be watching to correct members and reinforce appropriate skills.

“Someone to say, ‘Woah, you don’t do that. Let’s plan it out. Go in and ask her what happened. See what you’re going to get from her first.’ Don’t ever go for your agenda first.”

No criminal charges were laid as a result of the woman’s complaint.