Ireland’s men’s lacrosse team has withdrawn from the 2022 Lacrosse World Games in Alabama to make space for the Iroquois Nationals.

The Nationals, of the Haudenosaunee Nation, were initially rejected by the eight-team tournament because they don’t represent a country.

But now the International World Games Association has reversed its decision and allowed the confederacy of six First Nations – Mohawk, Oneida, Onondaga, Cayuga, Seneca and Tuscarora Nations – to participate.

Crystal Hardy is a member of Biinjitiwabik Zaaging Anishnabek. Her Spirit name is Zongwe Binesikwe, which means Sounding Thunderbird Woman. She has worked as a nurse practitioner and educator in Northwestern Ontario. She is working towards a PhD in nursing at Queen’s University on decolonizing health care practices. Crystal joined the APTN news team in August 2020 as the video journalist in Thunder Bay. 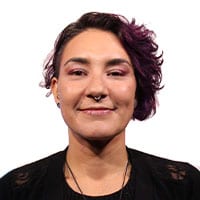