Joe Bailey uses the slogan “50,000 years of experience” for his tourism business North Star Adventures which he runs in the N.W.T.

He has proudly shares his Dene culture with thousands of visitors from around the world who come for his tours across the territory.

But his once bustling downtown Yellowknife office now sits empty.

“Over March in a day we can do roughly 70 people-per-day, with three different types of aurora tours, a day sightseeing tour, city cultural tour and dogsledding,” Bailey said.

On March 18 his operation ended early and he was forced to lay off his 15 person staff.

“We are a little concerned right now going into our off season. We usually have April and May to kind of really ramp up. April is busy because it is good for aurora so they creates revenue and carries us through the summer, but we won’t be able to do that this year,” he said.

In its 14th year of operation Bailey was one of the first Indigenous operators in town and said the wellbeing of his staff and his community was at the forefront when he started taking measures to stop international tourists from coming to the north in the New Year.

North Star Adventures added to the list of restricted countries coming for tours again in February. Bailey was critical that some tourism operators continued taking international tourists right up until international travel was banned by the territorial government on March 22.

The N.W.T. is investigating reports that seven tourists from Hong Kong, who had visited Yellowknife between Feb. 19 to Mar. 17, have tested positive for COVID-19 once they returned home.

The story was first reported by Cabin Radio News on March 24.

APTN News requested an interview with the territorial health department but it was no granted.

Instead, the department sent an email statement.

“The most important part of this will be confirming whether this incident is significant as far as our local public health situation. The biggest question to that end: Had symptoms developed when they were here – offering a high likelihood there could have been transmission? It is not clear this is the case yet. These travelers went to several destinations with significant numbers of COVID-19 cases after we believe they were here, and before our own first case was confirmed,” the statement said.

The government said it plans on providing those details to media when they have them. 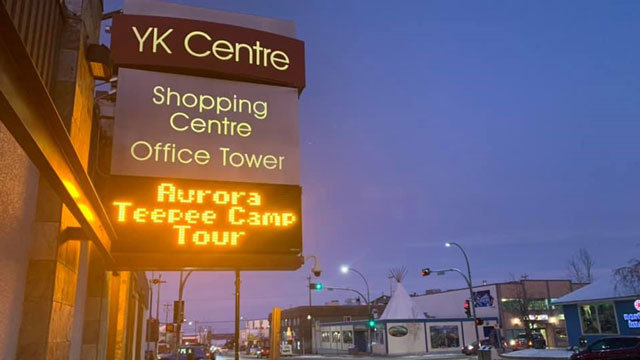 For Joe Bailey, the incident may not have happened if the territorial government had put stricter regulations on who can operate a tourism license.

“The governments really got to step up and look at licensing. They are licensing everyone. I remember looking at an application from the United States that was going to come in for five days and then leave. ITI [industry, tourism and investment department in the N.W.T.] was going to give them a license,” Bailey said.

On March 20, Caroline Wawzonek, the territory’s minister of Finance announced a relief package measures for businesses to support the northern economy through the pandemic.

A majority of the money will flow through the territory’s Business Development and Investment Corporation who will receive $5 million and will offer low-interest loans for new and current clients who’ve endured financial losses.

N.W.T. businesses also have the option to defer up to three-month’ worth of loans between April 1 and September 30 2020.

“Everything is frozen. You have to look after today’s expenses. We’ve had to reach out to some people and ask if they can pay, so everything is pretty much frozen till we know what is coming in. It is unprecedented,” Bailey said.

As the globe weathers economic strains northern business owners like Bailey have no choice but to wait and see what the future holds.

He does have options.

Last week the Indigenous Tourism Association of Canada (ITAC) announced a bail out package worth $1.2 million for operators across the country.

According to ITAC, each operator could receive a maximum of $25,000 to help their business stay afloat.

The federal government has also put a plan together for small and medium businesses.

On March 27, Prime Minister Justin Trudeau announced a 75 per cent wage subsidy for qualifying businesses for up to three months retroactive to March 15 and the launch of a loan guarantee program for small and medium sized businesses.