A Mi’kmaw grandmother who confronted Prime Minister Justin Trudeau in Halifax Thursday says she told him that the Alton Gas project must be stopped and the company must leave her territory.

“That’s our travel ways. That’s our fishing rights, we have treaty rights on that river.”

Gilbert got a very different response from Trudeau than an advocate from Grassy Narrows First Nation did the night before.

That’s where the protester unfurled a banner at the foot of the stage during a $1,500-a-ticket Liberal fundraiser in Toronto in an effort to draw attention to the impact of mercury poisoning in the northern Ontario community.

“Thank you for your donation,” Trudeau told the woman as she was escorted out by security. “I really appreciate your donation to the Liberal Party of Canada.”

Others in the audience cheered the prime minister’s dismissive remark, which was captured by cellphone cameras and quickly circulated on social media Wednesday night.

“As I think you all know, from time to time I’m in situations where people are expressing concerns or protesting a particular thing, and I always try to be respectful and always try to engage with them in a positive way,” he said following an announcement in Halifax.

“That’s how I believe democracy should function, and I didn’t do that last night. Last night I lacked respect towards them and I apologize for that.” 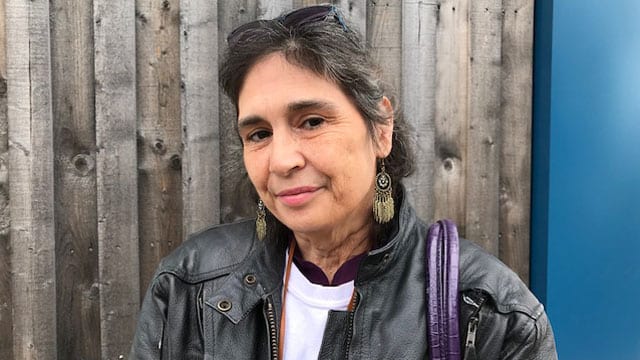 The next day, when confronted by Gilbert, Trudeau had changed his tone.

“I believe that I talked to his spirit,” said Gilbert. “What he says he’s going to (do) which is talk to the grandmothers about the situation, he did say that on camera so that’s what we are going to wait for.”

Alton Gas is proposing to carve out salt caverns to store natural gas, and then dump the salty brine into the Sipekne’katik River.

Leela Shamas is an activist who also confronted Trudeau Thursday in Halifax.

“I said to him, ‘Justin if you want to be a feminist, if you are going to care for the earth, you need to like listen to the grandmothers,’” she said. 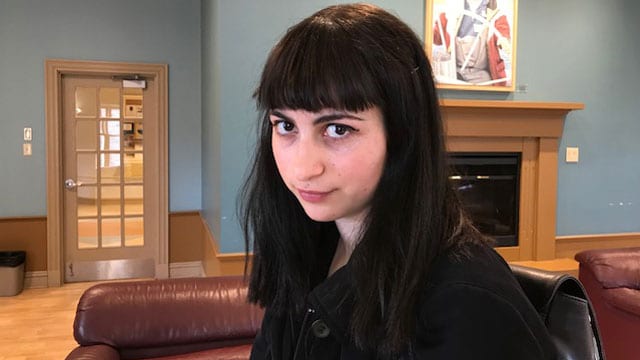 Shamas said Trudeau didn’t promise to stop the project – but did promise to listen.

“He affirmed that he was basically going to work with everyone, and he told me, very patronizing, that his responsibility was to work with everybody and to do what was best for the community and for Canada,” she said.

For Gilbet, she said she’ll wait for Trudeau’s next move.

“He said that he understood my anger and I had to correct him because I wasn’t angry, I was full of very strong spirit because that’s my bloodline,” she said.

“I spoke very assertively, and I feel that he heard me.”

– with files from the Canadian Press

1 thought on “‘I feel that he heard me’: Mi’kmaw grandmother tells Trudeau to get Alton Gas out of our waters”