Hydro-Quebec says its latest renewable energy venture is, for all intents and purposes, a historic one.

On Monday, the energy titan introduced Project Innavik – a partnership between Hydro Quebec, Pituvik Land Holdings Corporation, and Innergex Renewable Energy – which will see the construction of the first sustainable generating system above Quebec’s 53rd parallel.

“This is a historical moment that will benefit the community, Innergex, Hydro Quebec, but also the planet,” explained Eric Fillion, President of Hydro Quebec distribution.

Site preparation will begin this fall ahead of the proposed construction of a 7.5 megawatt hydroelectric generating system in Inukjuak, Quebec, located almost 1,373 kilometres north Quebec City. 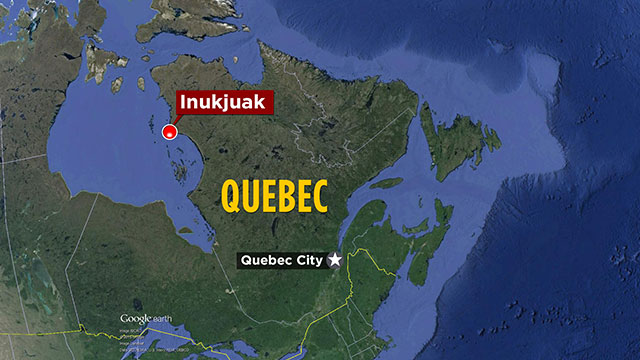 According to project stakeholders, the $125 million off-grid project was decades in the making.

When completed, the project will provide Inukjuak’s households with more a more sustainable sources, converting fuel-fired water and space heating systems, into electric ones.

This means community members will be able to cut back on the cost of heating oil and diesel fuel, as well as reduce carbon emissions by close to 80 per cent.

STUDIES CONDUCTED WITHIN INUKJUAK SHOWED MAJORITY SUPPORT FOR THE PROJECT

The Innavik Project will create local jobs during construction and operation, while extra revenue will allow leaders in Inukjuak – a community of 1,800 people – to invest in the sociocultural development of its people.

“[We want to] generate economic development, support social intiatives, and education, these are the three main areas where we’re going to want to reinvest, but we’ll be open once we come to that point,” said Pituvik President Eric Atagotaaluk.

In addition to programs that support the Northern community’s youth and elders, Atagotaaluk says Innavik may provide the community with resources necessary to construct a renewable energy-powered greenhouse to improve food security. 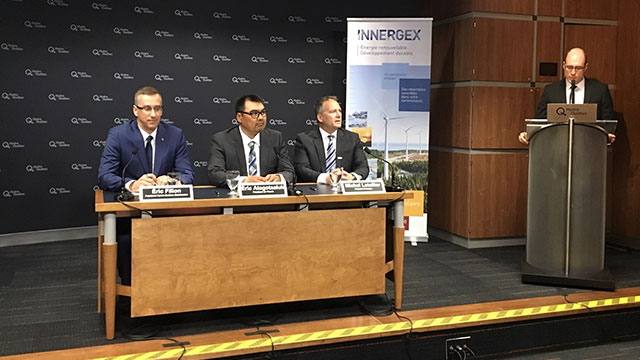 (Officials at the Hydro-Quebec announcement in Montreal. The $125-million project will reduce carbon emissions from the community by 80 per cent. Photo: Lindsay Richardson/APTN)

But Inukjuak’s elders have raised concerns about the project’s environmental impact – potential issues like flooding, animal protection, and water pollution.

“The river of Inukjuak is also the water source of the community – water quality was an issue,” Atagotaaluk said. “There were issues raised about whether mercury would be produced, so we want to keep monitoring the water quality as well as the mercury.”

Atagotaaluk says while there are valid concerns, the project has been the subject of several impact assessments over the last 10 years, and presents an undeniable opportunity for community development and job creation in the north.

The project is set to break ground sometime this fall, with a completion date set for 2022.