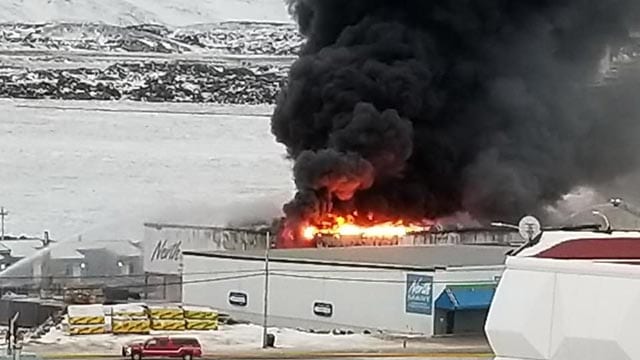 A fire at the Northmart store in Iqaluit has forced the evacuation of an elder’s residence and has closed an elementary school.

Firefighters are still trying to control the blaze after being called to the store in the early morning hours.

The Nakasuk elementary school which sits across the road from the store is closed, and an elder’s residence was evacuated at around 5:30.

Residents are being asked to conserve water – and water trucks are hauling extra water to the fire.

About 60 per cent of the food in the community is bought at the Northmart store.

The city is planning to hold a news conference at 11 e.t. to provide more details on the fire.