The world of drag has been thrust into the spotlight with the hit television show Ru Paul’s Drag Race where queens from around America vie to be crowned “America’s next drag superstar.”

This underground art form has now turned into a mainstream phenomenon.

Many Indigenous queens are at the forefront of drag culture in Winnipeg.

And now, a son and mother duo are joining these ranks and taking the city by storm.

At 10-years-old, she is believed to be the youngest performing drag queen in Winnipeg. 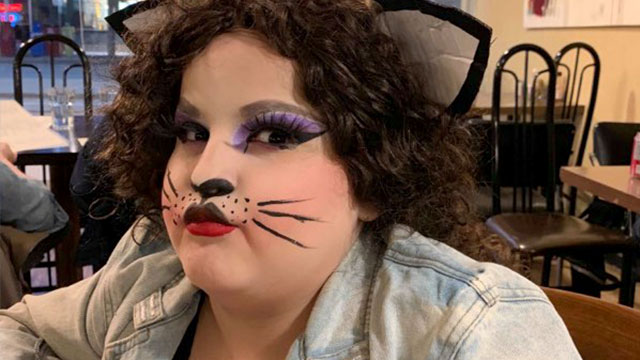 In the drag world young queens are often mentored by veterans on the scene.

Olivia’s first performance was with her drag mother Prairie Sky.

The two did a comedy routine where Olivia played a puppet and Prairie was a ventriloquist.

Olivia was tasked with insulting or “throwing shade,” as it’s known in the business, at Prairie.

Olivia credits her drag family with helping develop her performance skills but it’s really Ru Paul’s Drag Race that got the ball rolling.

“That’s how I learned what drag is. I saw a bunch of cool drag queens and performances,” said Ron.

In the show, contestants compete in weekly challenges including skits, stand-up and creating costumes.

At the end of each episode two contestants are chosen to “lip-synch for their life” with the winner staying in the competition.

Lip-synching is the most common way queens show off their skills. 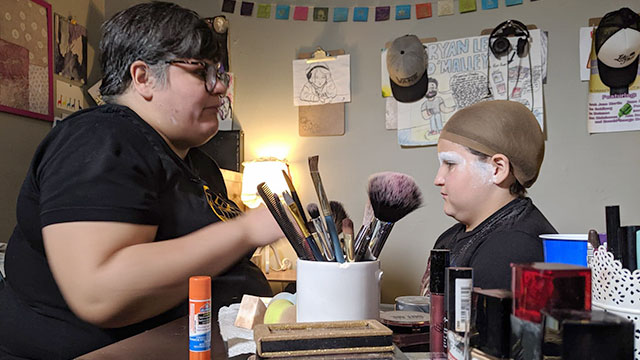 Olivia has performed seven times since starting out.

At her last performance she donned a red wig, a green dress and beige pumps to perform American singer Janelle Monáe’s single “Make me Feel.”

Ron said stage fright is no longer an obstacle.

“I was really nervous before getting on stage but then when I went on stage it was super fun,” he said.

However female-identifying folks have also contributed to the scene as drag kings with them taking on more masculine gender roles.

That’s what Issa Kixen, Ron’s mother from Couchiching First Nation in Ontario, has been doing for the past two months.

Kixen performs under the name Smokey Trixx Star after trying their hand at drag during a performance at this year’s Winnipeg Fringe Festival.

“I always knew I had a toughness to me and I think there is something very cathartic about putting makeup on as a man and just owning it,” said Kixen.

The comedian has spent a large part of their career working with the BIPOC- black and Indigenous people of colour- community.

So when Ron decided to do drag as a queer child there was already a welcoming family.

Kixen said this hasn’t always been the case.

“We’re living in a time and age where that’s possible. I know as an Indigenous queer kid growing up in the eighties in Winnipeg something like that wasn’t possible or even heard of,” they said.

When it comes to performing there are some limitations for drag kids.

Drag is tightly linked to the club scene making it hard for underage performers to participate.

Kixen said the community has come together to create opportunities for Olivia.

“It’s basically just a whole lot of queer folks getting creative in what we can do with shows, where we can have shows and who we can partner with,” they said.

Ron has been instrumental in creating safe spaces in his own community. 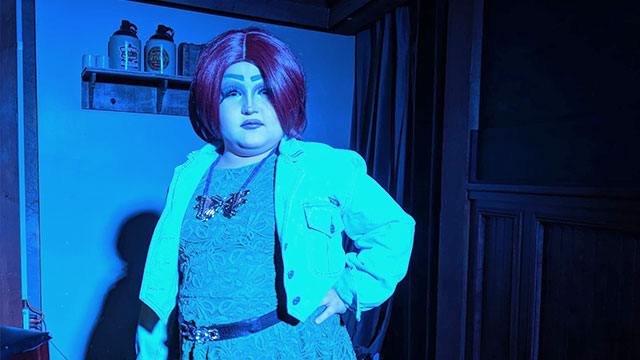 Ron along with two others and his school’s guidance counsellor started a rainbow lunch program at their elementary school.

The group meets every Friday and serves the LGBTQ+ community.

Watching Ron transform into Olivia has been a rewarding experience for Kixen.

They said Olivia gives Ron the chance to explore other sides of his identity.

“[There’s] this toughness where she owns you. While she’s on stage and you’re watching her she owns you. To watch a 10-year-old do that and create so much power…it’s amazing,” said Kixen.

As for Ron he hopes to do drag for as long as he can.

And he has this message for other future young queens.

“If you really want to do drag then just do it.”