A natural gas pipeline company says everything is “status quo” despite posting a 72-hour notice for opponents in northern B.C. to clear the way.

“The order…was issued by the court (Tuesday). It was a procedural requirement for it to (be) posted by Coastal GasLink to its website,” she said Wednesday.

“Everything is status quo.”

Wilton said CGL is still hoping to meet with those opponents – hereditary chiefs of the Wet’suwet’en Nation – to get permission to resume construction in their territory south of Houston, B.C.

The chiefs evicted the company last weekend and CGL has halted work in the disputed area.

But it’s not up to the company to act on the court order – it’s up to police.

The order gives authorization to RCMP to arrest and remove anyone police have “reasonable or probable grounds” to believe has knowledge of the order and is contravening it. 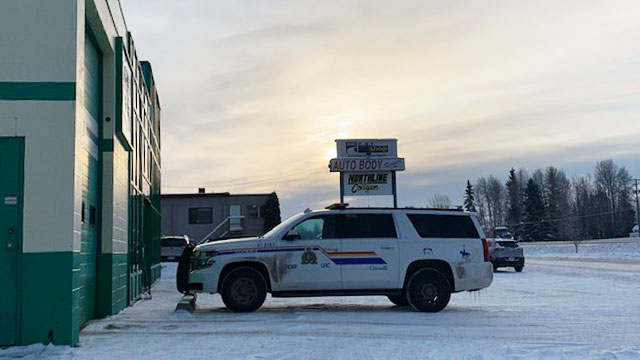 It also said “police retain discretion as to timing and manner of enforcement of this order.”

However, the RCMP – like CGL – have said they want a non-confrontational solution.

“Just for clarity, the 72 hours notice was given by the BC Supreme Court to the defendants to abide by the injunction order. However, the RCMP is given discretion to decide how and when to enforce the injunction,” said spokeswoman Cpl. Madonna Saunderson.

“Our focus at the moment is to facilitate a dialogue between all stakeholders.”

A rally is scheduled in support of the Wet’suwet’en in Smithers, B.C. on Friday.

The hereditary chiefs held a news conference Tuesday saying they want the company to stop work. They have not indicated whether they will meet with the company or police.

All of this is developing exactly one year after RCMP enforced a similar injunction along the same road. That action sparked global rallies in support of Indigenous rights and raised questions about land claims.

The order requires the defendants to remove any obstructions including cabins and gates on any roads, bridges or work sites the company has been authorized to use.

If they don’t remove the obstructions themselves, the court says the company is at liberty to remove them.

The order does not apply to a metal gate on the west side of a bridge outside the Unist’ot’en camp, unless it is used to prevent or impede the workers’ access.

Fourteen people were arrested by armed officers at a checkpoint constructed along the road leading to both the Unist’ot’en camp and the CGL work site on Jan. 7, 2019.

The company has signed agreements with all 20 elected First Nation councils along the 670-kilometre pipeline route, but the five Wet’suwet’en hereditary clan chiefs say no one can access the land without their consent.

CGL shared photos yesterday of what it says are more than 100 trees that have been felled across the logging road.

At a press conference Tuesday, hereditary chief Na’moks called for construction to cease and for the B.C. government to revoke the company’s permits.

He said the Wet’suwet’en felled the trees to protect their own safety.

“Those trees put across the road were for our safety. We must look at the history of the RCMP one year ago and what they did to our people and the guests in our territory,” he said.