Imagine listening to recordings of your ancestors that are more than 100 years old.

When Jeremy Dutcher found his ancestors’ recordings stored as artifacts at the Canadian Museum of History he knew they had to be shared.

“For me the whole point was to take it back and not ask for permission and just say, ‘This belongs with the people’,” Dutcher says. 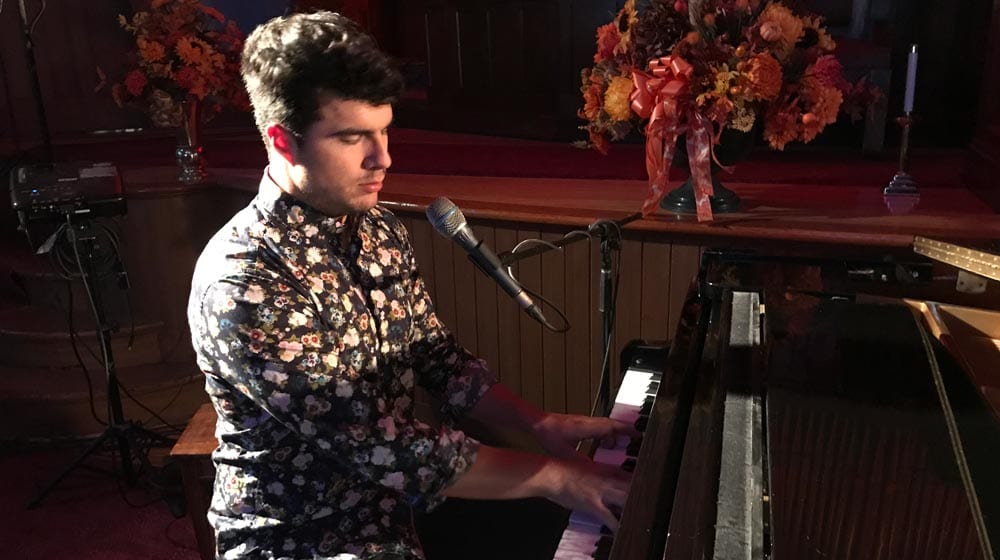 Dutcher’s debut album Wolastoqiyik Lintuwakonawa ‘the songs of the people of the beautiful river’ is a medley of his operatic voice and the original recordings of his ancestors.

It is recorded entirely in the Wolastoq language, which only has about one hundred fluent speakers left.

The album is getting noticed for its musical and historical significance. He was awarded the prestigious Polaris Prize in September.

He is grateful for the recognition, and says it is recognition for the work already done.

A bonus was he was able to meet his idol Buffy Sainte Marie.

“She tweeted about me today,” he says. “She was like go listen to this album.

“It was so beautiful just because she’s somebody like I’ve really idolized.” 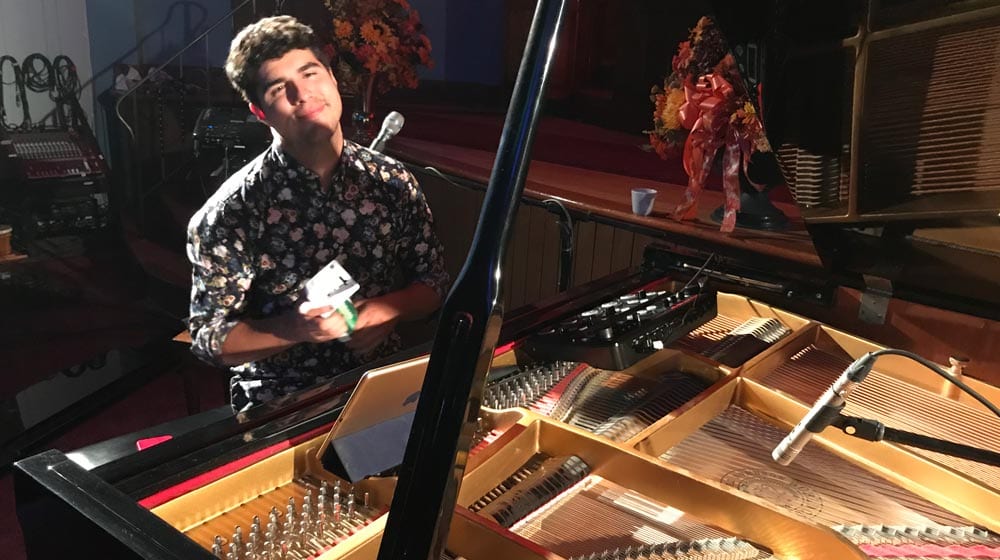 Buffy Sainte Marie has been the trailblazer for Indigenous artists for decades, and Dutcher says he is following her lead.

This album is opening doors for conversations about reconciliation and he is working to keep it going.

“Is Canada still ready to be engaging in these conversations or have we moved on to talking about trade deals? Are our allies still going to show up?”

Dutcher spoke to APTN News at Cape Breton University before he gave a talk at the Mi’kmaq Basque Cultural Exchange conference.

“I am a regular person, so it is personal. Being here is to enter the conversation of global indigeneity – there are people all around the world dealing with cultural and linguistic resurgence,” he says.

Dutcher believes it is the artist’s job to challenge, provoke and push boundaries.  And two- spirited and queer people have always been at the centre of pushing their culture forward and carrying on important messages in the community.

“I’m hoping that being, you know, a big queer, Indigenous body on stage is going to show something and push those conversations forward,” he says.

That evening, Dutcher gave a performance in a small church in Sydney, N.S. About 200 people attended, including the Basque delegates.

Stephen Augustine, hereditary grand chief on the Mi’kmaq Grand Council, smudges on stage. He says he forgot his speech and introduces Dutcher. They embrace as old friends. The setting is intimate, you forget there is a crowd, and you are visiting friends. 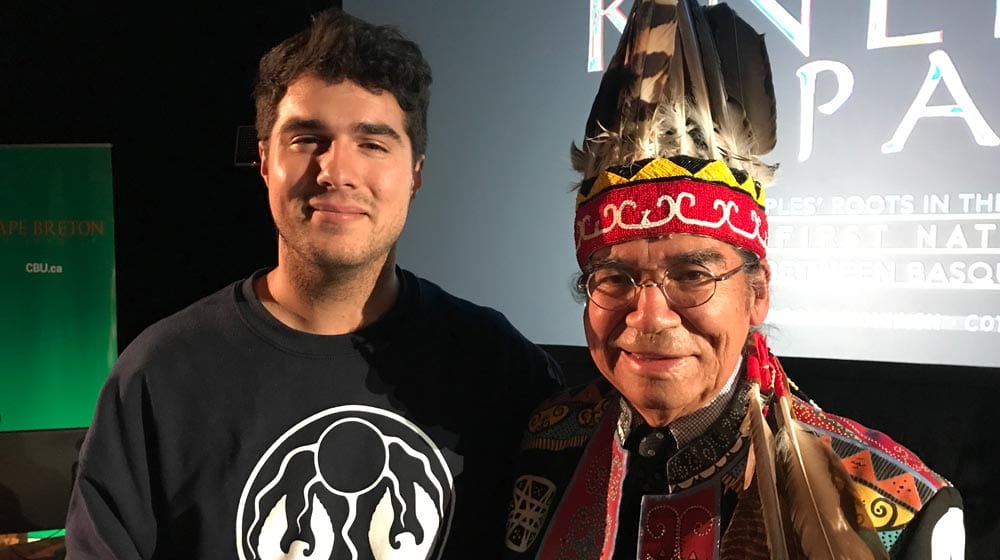 Dutcher refers to Augustine as the “spirit of the trickster” and he plays a few notes on the piano. He has the crowd’s attention.

“Think about people my age in communities who have never had water from a tap. In this country, so loan me your heart to me this evening and I’ll give it back,” he says.

The church fills with his ancestors songs and suddenly the 100 years is gone and it is like they are in the room.

Idoia Arana-Beobide says she has not seen anything this original in Canada for a long time.

“He brought the language alive in such a contemporary yet such a respectful traditional way; I’ve never seen anything as magnificent,” she says.

She says Dutcher was not just singing, he was praying and the performance was powerful, original and inspiring.

Next year, he is travelling across Canada to perform with symphonies.

“For me, injecting this message and what I’m doing in this space and doing it in beauty and love that hopefully has potential to be transformative,” he says.

One might say Dutcher is a messenger touched by his ancestors – his wisdom seems beyond his 27 years.