Clark will address the gathering amid simmering tensions over issues of sovereignty, land rights, and resource development.

About 500 Aboriginal leaders are meeting with Clark and members of her cabinet, expecting to sign a joint government-First Nations working agreement.

The meeting is taking place in what’s described as a more polite and relaxed atmosphere than the tensions which characterized last year’s inaugural gathering.

But Phillip said despite the improved feeling in the room, there is mounting frustration among First Nations over what he calls the slow pace of change following the historic Tsilhqot’in land title decision last year.

Clark has said that ignoring the Supreme Court decision put B.C.’s future in peril and she wants to use the ruling to work together with First Nations.

The B.C. government is acknowledging that negotiations are moving slowly.

Aboriginal Relations Minister John Rustad said a handful of First Nations have negotiated treaties but the parties need to find a way to come to agreements in a much more expedited manner.

APTN National News is attending today’s gathering and will have a full report on this evening’s television newscast.

–with files from The Canadian Press 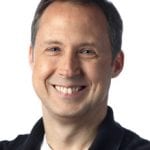