Members of the Alexander First Nation, a small community less than an hour northwest of Edmonton say the community has a drug problem and it’s getting worse.

“We know the members who are selling. We want to bring awareness to this. We are done. Enough is enough,” said Shaylene Arcand-Cardinal. “They are taking our youth, they are taking abuse to our elders, they are breaking into our homes.

“This place, just does not feel safe.”

This week, about 40 community members went to the band office asking for ways to reduce drug crimes and overdoses.

Alexander First Nation Health told APTN News that the drug problem and number of overdoses in the community are getting worse. The health unit would not provide numbers. 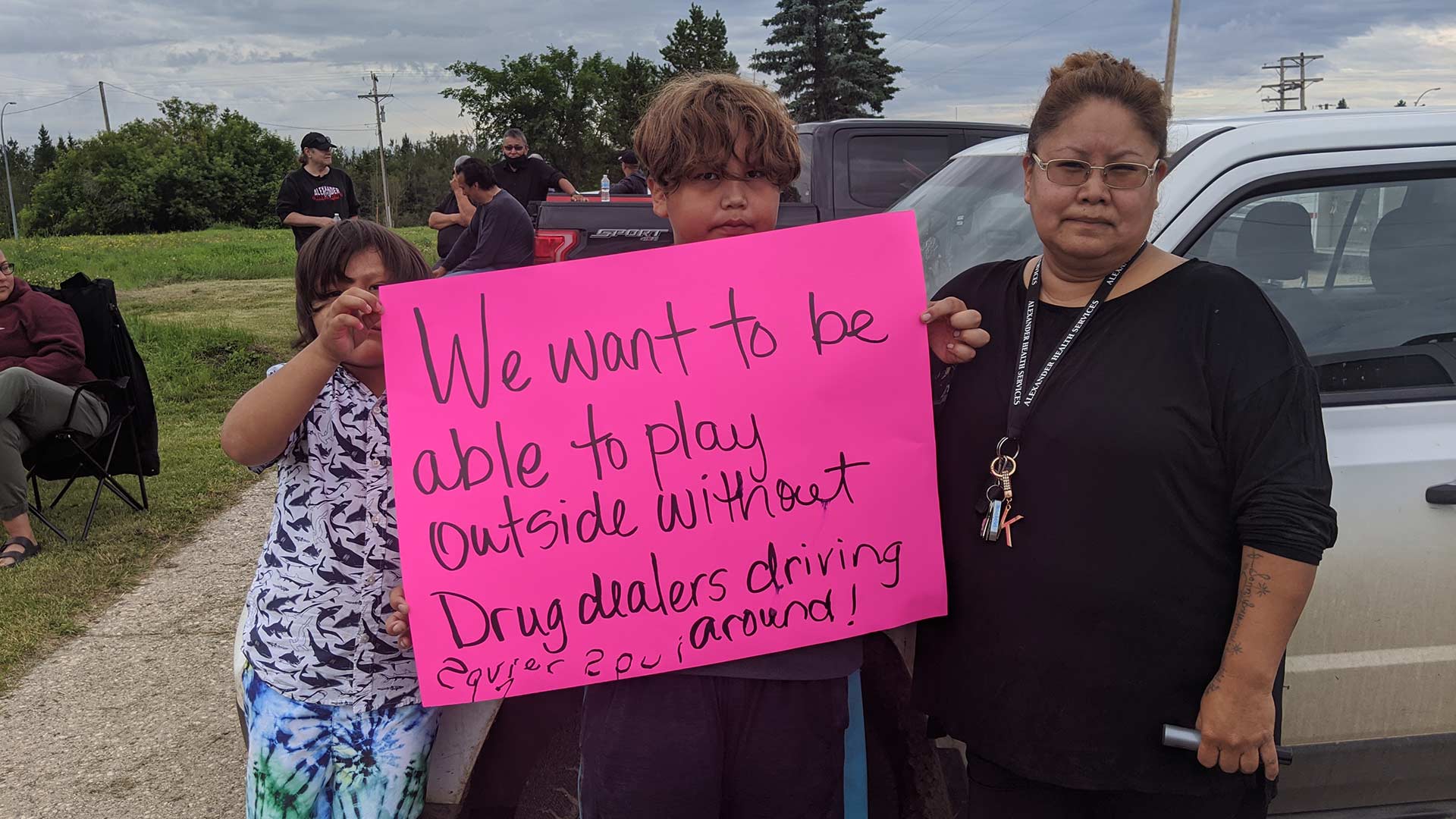 But according to Alberta Health, from 2016 to 2018, First Nation people who make up about six per cent of the province’s population, make up 13 per cent of all opioid poisoning deaths.

The stories told at the rally were heartbreaking.

Family members recalled the deaths of loved ones from drugs and alcohol.

Ella Auitbelle says she wants the drug business in Alexander to end.

“It affects me personally because I got my son, I got my grandchildren, that are in there and it’s sad to see them because they are lost in the system,” she said.

Members wrote suggestions on what they think needs to be done to eliminate drugs on the reserve.

Chief Kurt Burnstick said a band council resolution will be voted on by the people – an option other bands have used.

“What we’ve done is that we’ve talked about our banishment bylaws, our trespass bylaws to curb people from coming in that are drug dealers,” said Burnstick. “Now we leave it up to the people.”

Burnstick said the goal is to keep dealer out – but also help those that need addictions treatment.

“We have a good program here. Our addictions program that we need to support so they can put things in place for people who are addicted.”

People here at the rally say that’s fine – but future rallies are planned to keep the band council on track, and to keep this issue on the forefront.