A town hall was held in the Mohawk Territory of Akwesasne to discuss the possibility of launching legal action against the Canada Border Services Agency (CBSA).

Alma Ransom is one of about a dozen Mohawks here willing to share her grievances with certain CBSA border guards.

“They just like to harass, hiding behind the rule of law, but from what I can understand, they’ve been overreaching for quite a while,” said the silver haired Ransom.

“All my life I’ve had to face these border guards, who have no interest in friendship, or honour, or respect, for the community members of Akwesasne,” said Francis Boots who was sitting next to Ransom. 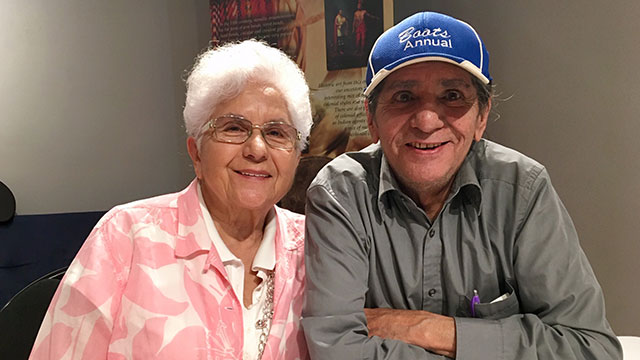 (Alma Ransom (L) and Francis Boots at the town hall to discuss the legal options against the CBSA. Photo: Tom Fennario/APTN)

Mohawk-Ojibway lawyer Keith Gordon says passing through those customs at the Cornwall Ontario port of entry for many is more than just an inconvenience.

Gordon also has an idea for fixing it -a class action suit against the CBSA.

“It’s about getting the community’s voice out,” said Gordon “and sometimes finances is the best way to get someone’s attention.

This past April he won a case representing an Akwesasne man by arguing that a 2012 amendment to the customs act proves CBSA guards should be limited to what circumstances they can pull over a person who is not coming from the U.S.

Because many Akwesasne Mohawks who live on the Ontario part of their territory still need to pass through Canadian customs even though they have not left Canada, Gordon argues that the CBSA is not within their rights to conduct additional searches on these vehicles.

“It’s your rules, it’s your laws, follow your own rules please.”

Anenhaienton Sargent is an Akwesasne resident who lives on the U.S. side.

He finds the U.S. border guards to be more professional than their Canadian counterparts.

“Part of it is the inconsistency of the interaction. There really seems like it depends on who you’re getting for the day, and what kind of mood they’re in. That doesn’t seem like an official way to operate,” Sargent said. 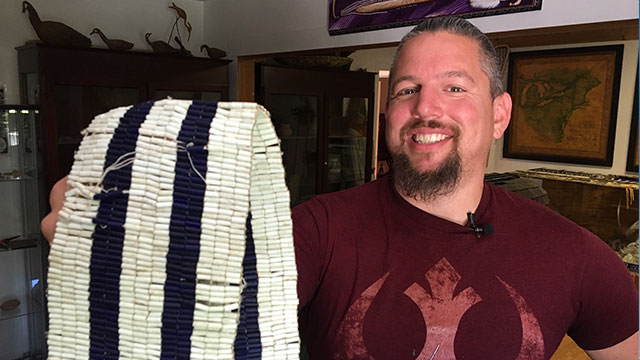 Sargent disputes that Akwesasne’s reputation for being a hotbed for smuggling might be at the heart of poor relations with the CBSA.

“I think it’s because of race, every border town has smuggling,” said Sargent.

Akwesasne and the CBSA do have a history of disputes.

In 2009 Akwesasne hundreds of residents protested against CBSA officers being allowed to have firearms on their territory.

Rather than give in to Mohawk concerns, the CBSA moved the old border off of Cornwall Island in Akwesasne a few kilometers south to its current location in Cornwall Ontario.

Sargent hopes a class action suit will force the CBSA to address what he calls a few problem officers.

“I don’t think it’s too much to ask for professionalism, and taking your ego out, and consistency,” said Sargent.

Gordon and a legal team from a Toronto law firm are aiming to get at least a hundred plaintiffs in order to submit a class action case by this summer.

Meanwhile folks at the town hall seem unconcerned about any further CBSA animosity a lawsuit may bring.

“Nothing can make it worse,” said Ransom