For the past ten years the University of Manitoba has played host to high school students from around the province and Saskatchewan as they take part in the Verna J. Kirkness Science and Engineering Education Program.

The program addresses the under-representation of First Nations, Metis and Inuit students at Canadian Universities.

The foundation offers all expense paid scholarships to Indigenous high school students to spend a week at a Canadian university meeting role models and learning about support systems that are available to them.

Throughout the month of May, the program visited nine universities across the country.

This year, 39 Indigenous students are spending a week at the University of Manitoba, learning about different science and engineering departments.

“I’ve learned some stuff about the function of muscles, the science behind activity and how that helps athletes become better in sport,” says grade student Lochlan Lubinski.

He spent that last 4 days exploring the department of kinesiology, the study of the mechanics of body movements.

“It’s cool, I get to visit people working in different areas in the kinesiology department,” he says.

(Lochlan Lubinski is showing off what he learned in the Kinesiology department. Photo: Ashley Brandson/APTN)

Emillee Fronda got the opportunity to learn more about physics.

“We did some work with radiation which I thought was going to be scary, but then we did some training and they explained how it should be scary, it’s a natural thing,” she says.

Fronda says she’s interested in engineering and this week has been a great experience to get a small glimpse of what university life will be like.

“I’ve been learning a lot and this is helping me become a lot more comfortable.”

Ron Woznow is the executive director and founder of the Verna J. Kirkness Science and Engineering Education Program.

Since he founded the program in 2009, more than 500 students have participated in the foundation.

“I’m not Indigenous myself, but I was raised by a single mother who thought every child deserved an education, and I guess she passed that on to me,” says Woznow. 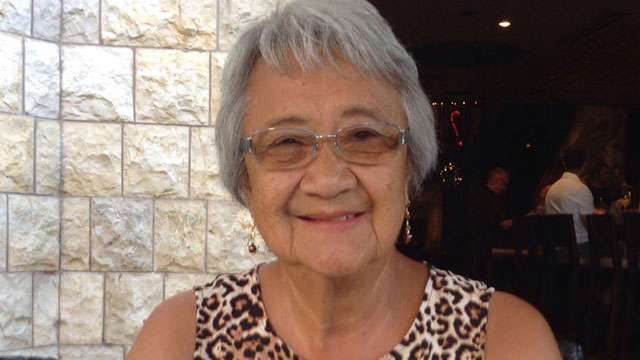 He says he named the foundation after Kirkness  to honour her accomplishments as an educator.

“She’s 83 this year, started at 17 as a teaching assistant – ended up as a professor at the University of British Colombia.”

One of the goals of this program is to excite young Indigenous students who hope to further their education after high school.

He hopes by bringing students to post secondary institutions and allowing them to be mentored by a professor and their colleagues, it shows them that there are resources available for them.

(The program takes place at the University of Manitoba. Photo: Ashley Brandson/APTN)

Another important goal of the foundation is to increase the number of First Nations, Metis and Inuit students enrolling in science and engineering programs in Canada, and one day graduating.

“We do see a lot of students returning,” says Ruth Shead, Co-ordinator of Indigenous Achievement.

“I don’t have the exact numbers, but we have a few who have gone on to medical school and some have returned to our engineering program.”

Woznow says he hopes the students leave this program excited about their future in post secondary education and that it motivates them to graduate high school.

“We hope they understand if they have a dream of what they want to do, they’ll more confidence in themselves on how to achieve it.”