Last July APTN Investigates had an exclusive interview with Billyjo Delaronde. He’d long been rumoured as the man who’d taken the Bell of Batoche, a war trophy from the Louis Riel-led Northwest Rebellion, from an Ontario legion in 1991. He finally came clean in a special episode we aired last summer. He spelled out the details here in Part 1 & Part 2.

However, last month a CBC documentary claimed he’d actually taken the bell originally from Frog Lake, Alberta. And the real Bell of Batoche had ended up in a church in St. Laurent du Grandin and perished in a church fire in 1990.

John Moore spent time in prison for murder, more specifically culpable homicide. Everyone agrees he was nowhere near the murder. But since he knew the two men who actually committed the crime, he ought to have known something could have happened.

The section of the criminal code he was convicted under was struck down by the Supreme Court of Canada in 1987. Too late for Moore. He’s on life-long parole and has several restrictions. Here is Part 1 & Part 2 of his pursuit to clear his name of murder.

In Grave Consequences three Norway House Cree Nation sisters bought a headstone for their deceased mother. However 10 years and thousands of dollars later, still no headstone. The salesman who sold them the marker, Ray From, had stopped answering their phone calls and hadn’t informed them he’d retired and given his business to his son. This story has a bit of a happy ending.

In 2011 several Manitoba First Nations were flooded out. What could be done with the evacuees and how long would people be away from their homes? Mix in the federal and provincial governments and an Aboriginal agency with no history of providing flood relief and what could go wrong? The answer could leave you shaking your heads and agreeing the relief was disastrous.

In northern Alberta, the earth literally cracked and bitumen oil welled up in four places. The two closest Cree nations are left dealing with the results.

Michael Champagne is a remarkable young man. He wanted to do something about the violence plaguing his crime-ridden Winnipeg neighbourhood. Instead of leaving it to the government and demanding more cops be hired, he and a bunch of Aboriginal youth did something. Their meetings at a bell tower in Winnipeg’s notorious North End is a youth-led grassroots movement to improve the quality of life. To hear more, here’s Part 1 & Part 2 of their story.

After you’ve watched our update program tonight, you might want to have another look at the original programs. Follow the links above to watch the original episodes and that CBC documentary.

Josh has worked in journalism and broadcasting in Winnipeg since 2003, and has been with APTN Investigates since 2010. An alumnus of the Creative Communications program at Red River College, Josh brings years of behind-the-scenes video and audio production experience to APTN’s investigative news unit. 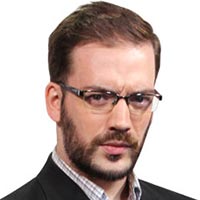 Final hope for those impacted by Churchill River Diversion...