‘Sophie’ looks in my eyes and smiles at me. She is showing me another side of Yellowknife – the one tourists and locals don’t see. The one inhabited by dozens of homeless people here.

“When I get kicked out of the women’s shelter, I sleep outside,” she says as she guides me through a trailer park near downtown Yellowknife.

“There. There. And there.” She points out sleeping spots behind a building, under a wooden stairway, and inside a fishing boat in someone’s backyard.

I shake my head and swear.

Sophie scolds me. She says she believes in God and knows he sent me to get her story. “I pray,” she explains.

I roll my eyes, hoping she doesn’t see. Pray for what, I wonder? 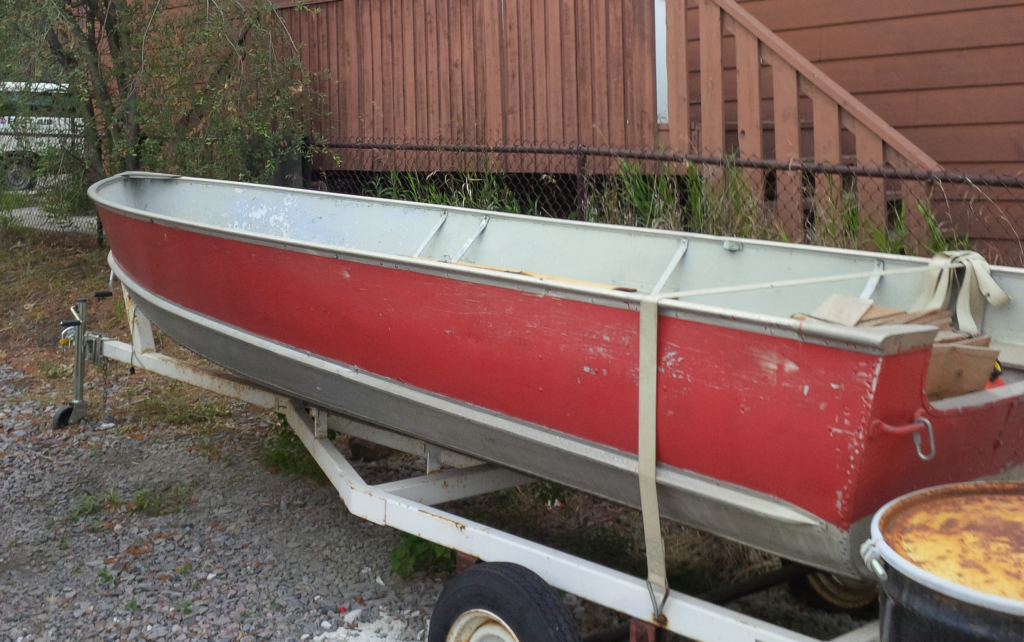 Sophie says she suffered six miscarriages while being pregnant 12 times. She says her husband died in an accident and two later male partners beat her up.

We’re on foot and making our way downtown. We pass brightly painted houses.

Sophie tilts her head towards a bungalow and asks if I see the water tap there, where a hose would attach.  I nod, wondering why she doesn’t just say that’s where they get drinking water.

“When we point we don’t really point,” she explains. “We go like this.”

Who knew homeless people had their own sign language, a code? 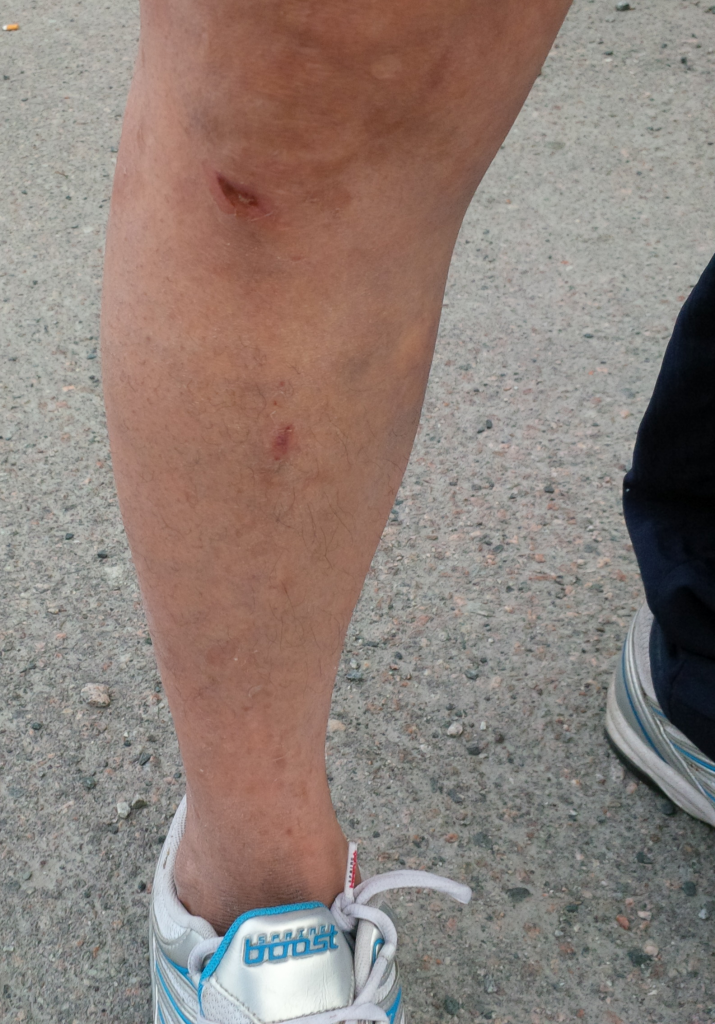 Turns out there’s a lot I don’t know, Sophie says.

It is nearly dusk. I do notice she is stumbling a lot.

“Do you need new shoes?” I ask. “Glasses,” she answers. Then starts to mimic the social worker she’ll have to ask for money to buy a new pair. ” ‘What happened to your glasses, Sophie?’ ” she says in a high-pitched voice.

She stops and pulls up her pant legs to reveal scratches and bruises. “Take a picture,” she says. “I sat on my glasses.”

This small woman with the brown eyes and hunched shoulders looks tired. I wonder later if the hump on her back comes from age or disappointment.

She says the worker will make her wait a year or two for money to buy glasses. And she won’t get the money directly. Sophie says it will be sent to the optician.

This breaks my heart.

Of course, she’s right. This is how she’s seen. How she’s judged.

Suddenly, she is crying. Have we been walking too long, I wonder? Nearly 45 minutes.

I guide her to a low, concrete barrier outside an office building and we sit. Some people leaving a restaurant look us over.

“Hi boys,” Sophie says, whispering to me, “Have to be nice.”

One of the men nods but they don’t say anything.

“I would be one grumpy homeless person,” I tell Sophie after they pass. She had explained how she sometimes sleeps in back alleys in the summertime and apartment laundry rooms in the winter.

She used to have a job she liked, she says, cleaning hotel rooms. But her boyfriend at the time would keep calling the office, asking when she’d be coming home. Wondering if she’d be bringing any money.

“They let me go,” she says squinting down the street. 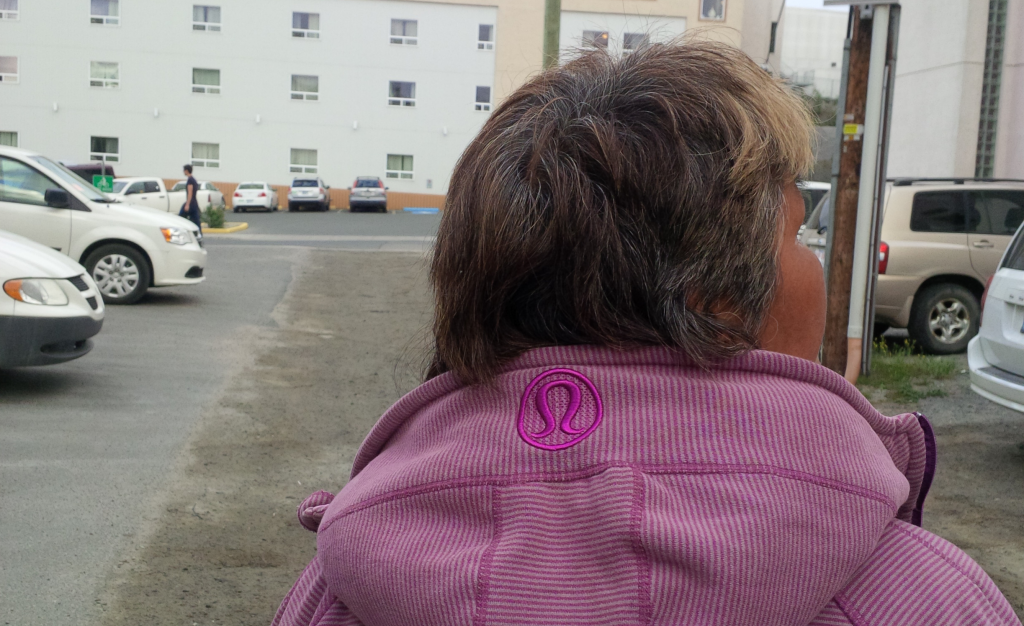 It is nearly dark now. And very quiet in the centre of the city.

I can barely make out the Lululemon symbol on her pink hoodie. She found the warm jacket in a green garbage bag behind a charity shop. Later, I watch her give it to a homeless man who plans to sleep in the thick brush that surrounds the capital city, so he has a soft place to lay his head.

I want to give her something right there — some money. But I don’t. I can’t be seen to be buying the story.

She asks for a hug.

“You’re going to make me cry,” she says as I squeeze her. “Now you’re making me laugh.”

“Bye,” she waves as she heads deeper into the dark. “Love you.”

I shake my head. We discovered we share a birth date. She is only two years younger than me.