On a sunny day in early March, Cree Elder Percy Ballantyne loads up his truck with supplies in Winnipeg where he now lives, to deliver to his family living on a reserve in northern Manitoba.

The Misipawistik Cree Nation, a five-hour drive north of the big city, has just one grocery store.

“You cannot deny the necessities of life to flow into a community,” he said. “We still need food and water, things our children depend on like special formulas.”

It was still early days for the novel coronavirus in Canada but by Mar. 9, British Columbia confirmed the first death in the country – and First Nations across Canada began to declare states of emergency.

At the nearby Chemawawin Cree Nation, a checkpoint was set up on Hwy 60, which runs between The Pas and Grand Rapids, Man.

“As of March 23, nobody’s allowed into the community,” said Chief Clarence Easter. “That’s the reason why the semi [truck] is here to provide security for the guys, so people just don’t drive through.”

In mid-March, private doctors pulled out of northern Manitoba nursing stations when the provincial government banned all travel to the north.

“We don’t have a medical facility and very little medical services in the community,” said Easter. “If somebody were to get sick in our community, there is no place to accommodate them, they’ll just die here.”

Ballantyne made it through the Misipawistik Cree Nation checkpoint with his supplies, but was asked to keep a safe social distance from local residents and family members.

He said he was happy to follow the rules, to protect his family and everyone else –  but says it wasn’t easy.

Heidi Cook, a Misipawistik Cree Nation councilor, said the band is planning for the worst and hoping for the best.

“I know right now there’s no testing centers that are located on any First Nation communities in the province.” said Cook. “Using the nursing station for tests can potentially contaminate your only health care facility.”

Cook said the combination of a lack of resources in an isolated region, and high rates of chronic illnesses make her community vulnerable.

“I guess the legacy of intergenerational trauma that puts us in higher health-risk categories,” said Cook.

While in the Cedar Lake region, Ballantyne decided to surprise his wife, Virginia Ballantyne by delivering her a coffee. She is a front-line worker in Mosakahiken Cree Nation.

However, when he arrived at the community’s checkpoint, he was denied access.

“I respect it. I abide by the rules and regulations established by the band for the health, welfare and safety of the community itself,” said Ballantyne, getting back into his blue pick-up truck.

According to Councilor Murray Campbell, the community fears COVID-19 will spread into First Nations via travelers from the larger towns.

He said the checkpoint was necessary, but controlling who could come and go was a difficult decision.

“How do you say no to people that you grew up with?”  said Campbell.

The checkpoint is one solution the Mosakahiken Cree Nation, like other bands across the country, came up with to keep the virus at bay.

But Campbell echoes the concerns of other leaders, and said what’s needed is more resources.

“This virus kills, it kills people. Like, I mean it would devastate our community,” he said. “Like I said, because of our housing, there’s 12 people to a house and one of them gets sick, where do you put the sick person, right? We don’t have the facilities. That’s what we need.”

In late May, another announcement pledged $75 million in pandemic funds for Indigenous people living off-reserve.

The coronavirus story is still playing out around the globe.

According to data compiled by APTN News, there are at least 364 positive cases in 42 First Nation, Metis or Inuit communities across Canada. At least eight people have died from the virus. A study by the Yellowhead Institute puts that number at around 465.

No one has tested positive in First Nations or Inuit communities in Newfoundland and Labrador, New Brunswick, P.E.I., Manitoba, Nunavut or the Yukon.

For Percy Ballantyne, the self-isolation was difficult.

“It’s not been easy to go through it. It’s a very hard thing emotionally,” he said. “You wake up and you’re alone. It’s very hard…This thing is draining everybody.”

By mid-May, Ballantyne brought the grandchildren he visited in Misipawistik Cree Nation to live with him in Winnipeg.

He said he is optimistic things will eventually return to normal and he said he is looking forward to reuniting with his wife who is still working up north on the frontlines of the pandemic.

This project is the result of the three-month CAJ/APTN fellowship program. 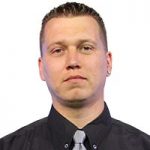 Feds project $343B deficit: ‘The challenge of our lifeti...