A profile of strip clubs aimed at businessmen visiting Toronto on the website nowtoronto.com, says “The Landing Strip … (is a ) high-end club in west Etobicoke… for business discretion, strip chips charged to a client’s credit card appear as D.E. Limited or L.R. Inc.”

Another statement shows a $3,800 dinner at Prime, a posh eatery at the Bellagio hotel in Vegas.

All of the charges were on credit card statements made out to former TCIG CEO Allan McLeod’s. 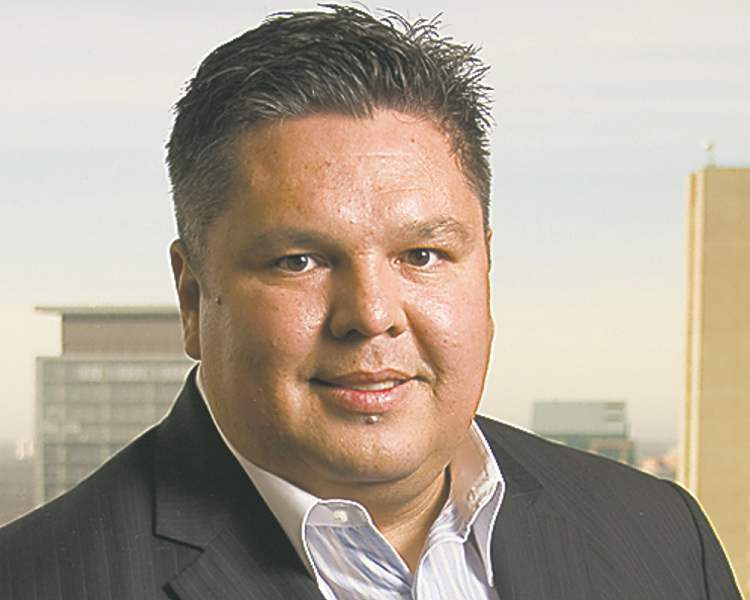 An APTN investigation into the rise and fall of TCIG also found McLeod’s wife Karen had cheque signing authority for TCIG’s charitable foundation and wrote a cheque for $29,650 to the Pursuit of Excellence Hockey Academy. Their son attends school there.

APTN also found flight logs that show TCIG staff enjoyed many trips on the corporate jet, including to the Bahamas and Vegas. The Bahamas flight cost $31,000.

TCIG was founded in 1990 by Manitoba’s seven tribal councils. They each kicked in $25,000 to create an investment company that would pay dividends back to them and flow into the 55 communities they represent. TCIG owned Arctic Beverages, a distributor of Pepsi and Frito Lay products throughout the north. At its peak in the early 2000s, TCIG had investments in transportation, fuel, health services, banking, restaurants, golf courses and real estate, to name a few.

“Just the model of straight business investment and straight return which allowed communities to take dividends and do whatever it was that was important — so if they wanted to increase social services or wanted to help youth in training there were no strings on the dollars,” says Wanda Wuttunee, professor of Aboriginal business at the University of Manitoba’s Asper School of Business.

During its heyday, TCIG was grossing $100-million a year. But the seven tribal councils were only getting a hundred or so thousand dollars in dividends. It appeared much of the profits were funding head office extravagance. People started scrutinizing the board and management.

“This is Manitoba, for Pete’s sake,” said Winnipeg Free Press business reporter Martin Cash, who covered TCIG over its lifespan. “No matter how large a company you are, you can’t flaunt it around this town.”

Despite all the riches at TCIG, Alan Isfeld of First Nations Voice newspaper pointed out in 2013, the dividends being paid to the tribal councils worked out to at most “$8.37 per year” for every man, woman and child.

Meanwhile TCIG’s board of directors had signed McLeod to a 25-year “irrevocable” contract as CEO. It paid him in excess of $1-million a year plus bonuses and perks.

“He was being paid more than a million dollars a year for a company that was grossing about $100-million a year,” Cash said. “I made comparison to the Northwest Company which grosses $1-billion a year and that (CEO) makes just a little bit more than McLeod was earning. A company 10 times the size.”

McLeod claims to live on the Brokenhead First Nation, north of Winnipeg, even though he and his wife regularly entertained at a home on Woodstone Drive in East St. Paul, a tony suburb of Winnipeg. Manitoba Land Titles listed Karen McLeod as the owner and said she sold it in 2012.

McLeod was overthrown in 2013, along with a handful of senior staff, in a coup by the tribal councils. He and his wife still claim to live on the Brokenhead First Nation and insist a home in Kelowna, B.C. where their children attend school, is only a “recreational property.”

After 24 years and multi-millions of dollars, there’s very little left of TCIG, a receptionist, office manager and a ragtag board of directors have little to do after TCIG’s assets were sold off to pay bills.

APTN  learned in addition to questionable head office spending, investors themselves weren’t paying bills, which sank the TCIG ship. They owed TCIG about $8 million at a time when TCIG owed suppliers and lenders about $9 million.

No one from TCIG would be interviewed. But a statement from manager Heather Berthelette says “restructuring has not been easy or without casualties but we are ready to humbly begin to stand for what we originally stood for.”

As for Allan McLeod, he twice canceled a sit down-interview with APTN   and has declined to respond by phone or email to questions about his time as CEO. He is suing TCIG for wrongful dismissal and TCIG is countersuing over how he ran the company.

“Yes, bad things happened and it’s sad that it’s not there and it’s sad that those (55) communities will not have an opportunity to benefit from a company like TCIG,” said Wuttunee, adding though that the TCIG model could work under different circumstances.

Late Friday night, Mcleod responded to APTN Investigates with a statement that deals with numerous media stories about him.

“I have been the subject of vague, unfounded, false allegations that are not based in evidence,” wrote Mcleod.

Mcleod did not comment specifically to either the APTN Investigates story dealing with spending allegations.

For more on the rise and fall of TCIG, watch Rags and Riches tonight on APTN Investigates.