Climate Change has been a lifelong existential threat for me. I made that point in my latest documentary.

I’m GenX, a ​Cold ​War kid. Nuclear annihilation was the terror that kept me up nights.

But three decades later, the threat from a foreign enemy is long gone. The threat now is us, dropping bombs every day.

I started this story two years ago when scary articles with scary headlines ​began to appear. ​It turns out, scientific models used to predict climate change effects weren’t scary enough. New research sped up the timeline. Sometime next decade we pass a “do-not-pass” threshold.

To avoid that requires an immediate emergency response. With some quick research you’ll find mankind knew the threat as far back as the beginning of the Cold War.

The following is a timeline developed for my documentary.

1898- Swedish scientist Svante Ahrrenius calculates that CO2 from coal and oil burning will warm the planet.

1957- American oceanographer Roger Revelle – later dubbed “the grandfather of the greenhouse effect “concludes that we are undertaking a “large-scale geophysical experiment” by releasing CO2 into the environment.

1988 Scientists at an international climate conference in Toronto announce “warming due to greenhouse gases has begun,” and call for a 20 percent reduction in CO2 emissions by 2005.

There was a moment in the 1970s or 80s when the world could have started the adaptations to head disaster of at the pass.

The warnings were there.

Scientists inside oil companies were alarmed at what was coming and let their bosses know.

In the late 70s solar panels were installed at the White house.

Mass production of electric cars were on the horizon.

It could have gone that way but it went the other way. 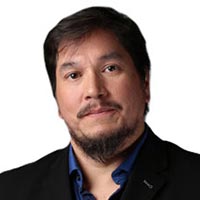