Life in Pikangikum First Nation is a mixed bag of joys and challenges.

Poor infrastructure and lack of clean drinking water, both responsibilities of the federal government, impact the daily life and ultimately affects the health of the people who live there.

“When a flower doesn’t bloom, you fix the environment in which it grows, not the flower,” Billy Joe Strang said, reading a quote that he keeps in his phone as a daily reminder.

Strang is the health director for Pikangikum. And he knows, perhaps better than anyone, that making changes to benefit the health of the community takes a lot of time and effort.

“The more persistent you are, you wear them down. And eventually they have to listen,” Strang said about working with the government.

“Why it is ok that a certain group of people for such a long period of time have to wait for something that is so basic?”

APTN Investigates travelled to Pikangikum First Nation in the spring of 2018, months before the community’s more than two-year drinking water advisory was lifted.

In fact, the community is just one of dozens of First Nations that the Trudeau government has promised clean drinking water after years of neglect for this fundamental human right. The government has set a date of March 2021 to end all long-term advisories on First Nations reserves across Canada.

“The bigger question here is why it is ok that a certain group of people for such a long period of time have to wait for something that is so basic,” said Dr. Mike Kirlew, a physician based in Sioux Lookout. Ont. He has been serving northern Ontario Indigenous populations for more than 10 years. 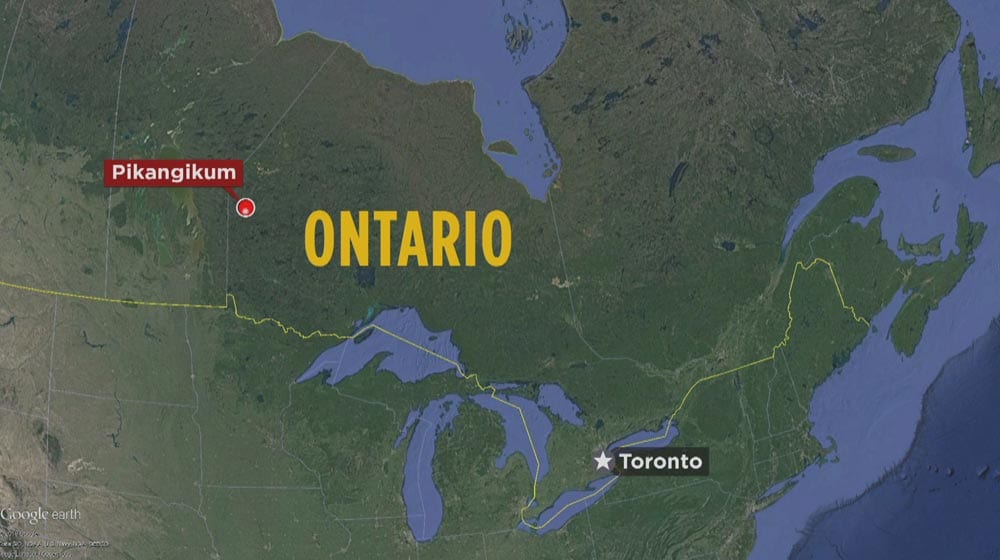 In the winter there is an ice road that allows vehicles to cross the lake.

The 3,200 member Ojibway community remains fairly remote because of the difficult access.

The majority of Pikangikum’s homes do not have any running water or plumbing.

There is a water treatment plant along with several water taps throughout the community which provide treated water to community members.

“It’s hard to say exactly why or how it’s been able to take this long.”

Allen Peters is the lead water plant operator in Pikangikum.

He explained that the reason for the water advisory was due to the inconsistent power from the community’s diesel generators.

When the power goes out, the lever that switches the water plant to its backup generators needs to be manually switched over. This is challenging, particularly if power outages happen at night.

“If the power goes out for a long time then the pumps won’t start and the pressure goes down. It’s not supposed to go down below 20 [pounds per square inch],” Peters said. 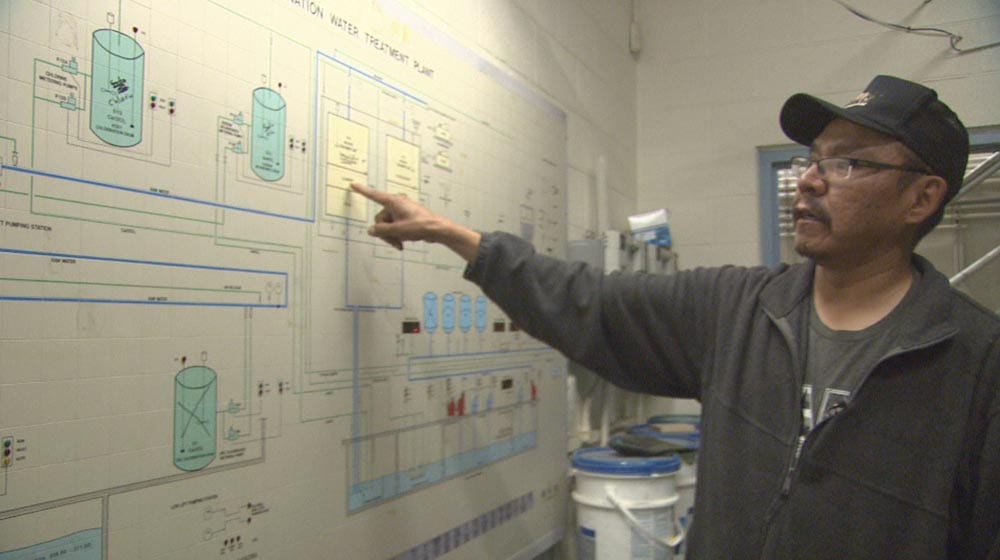 (Allen Peters shows APTN Investigates how the water is drawn from the lake and is treated before moving out to the community via water taps.)

Those diesel generators have not been providing enough power for community needs for many years now.

The lack of reliable power has made it so the community has not been able to keep up with much needed water treatment plant or housing upgrades. Overcrowding in homes remains a big issue.

Ontario’s power grid is projected to connect to Pikangikum in November 2018. That’s part of a larger government-funded project to connect 16 First Nations to the power grid by 2023.

Chief and council have been rallying for this upgrade for at least two decades.

“It’s hard to say exactly why or how it’s been able to take this long,” said Chief Dean Owen.

He said that the Pikangikum council has reached out to previous governments many times over the years requesting assistance. 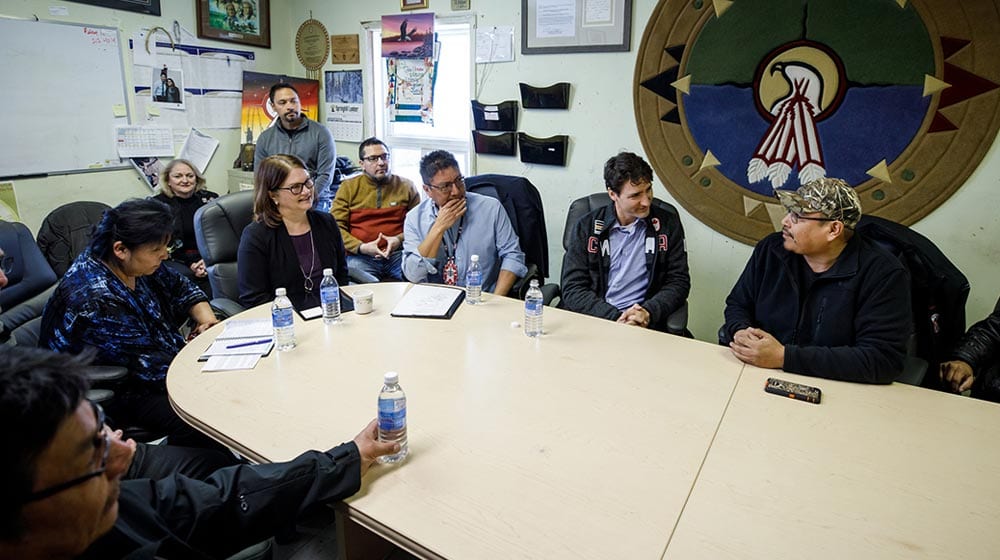 According to documents obtained through access to information requests, some federal government funds have been provided on occasion but it has never been enough to see the project through to completion, until now.

There are 25 First Nations in Ontario who still use diesel generators for power.

In March of this year, Indigenous Services Canada partnered with Wataynikaneyap Power and put $1.6 billion towards connecting 16 of these First Nations communities to the provincial grid.

“Once the grid is done, we’re hoping that this will be a turning point for Pikangikum in terms of infrastructure and improving the quality of life for each and every single person,” said Chief Owen.

Even with Pikangikum’s ban lifted, there are still 69 First Nations reserves waiting for their long-term drinking water advisories to be cleared. Some advisories have been in place for decades.

“I often get updates online about how many boil water advisories are being eliminated and new water systems being put in, and I think that’s good,” said Kirlew.

“But if you’re told that you have to wait two years for that to happen… you’re basically being told that your child is not deserving of that clean water.”

Water Not The Only Concern

The concern for access to clean water was the reason APTN chose to visit Pikangikum.

However, shortly after we arrived it became clear that access to water wasn’t the only issue weighing on the community.

Many spoke of a greater concern for the mental health and well being of community members. Like many isolated communities, the incidence of mental illness, substance use and youth suicide is devastatingly high. 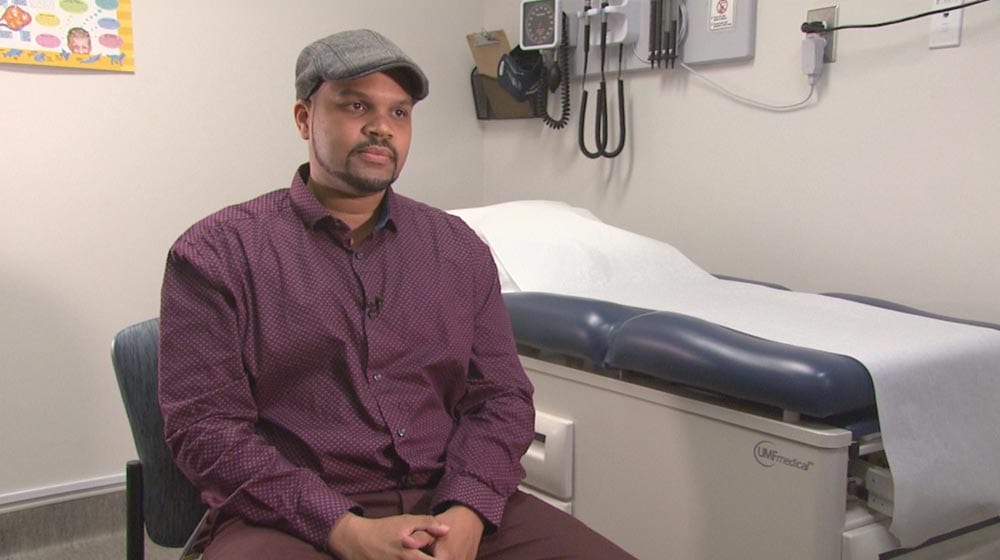 “If you’re constantly living in a system that has been so structured to oppress you, or structured to be indifferent to you, that’s not going to be good for your health,” said  Kirlew.

“That’s not going to be good for your mental health.”

Kirlew said government policies are having a negative impact on Indigenous people’s health.

APTN interviewed people of all ages in Pikangikum. Each had a different idea of why the rate of suicide in the community is particularly high. 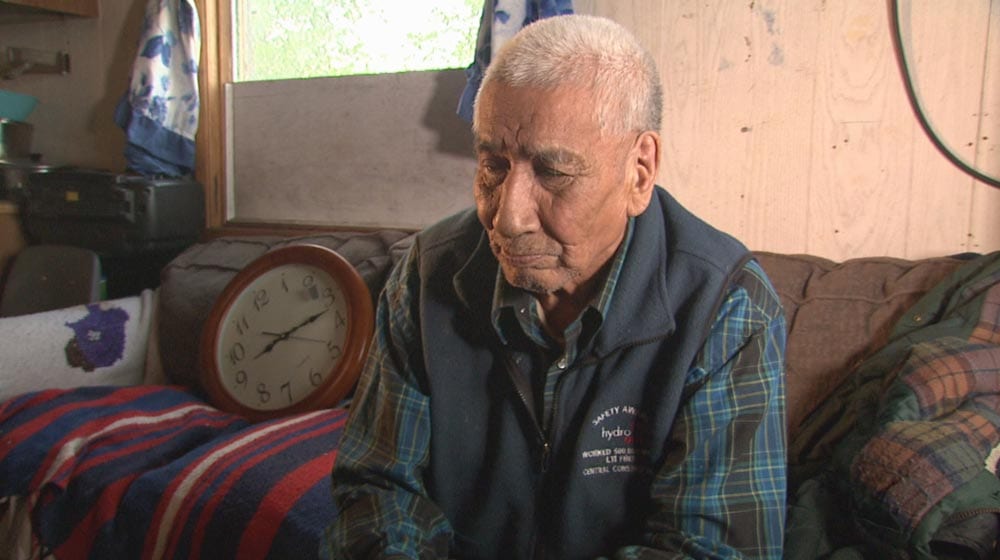 (Matthew Strang says that things in Pikangikum have changed a lot in his lifetime. Photo: Josh Grummett/APTN)

“Sure we have our issues but we’re still doing a lot better than we were 10 years ago.”

One Elder, Matthew Strang, said he believed it had to do with the switch from babies being traditionally breastfed to the use of animal-derived formulas.

Lilly Kejick, one of the youth, shared a different perspective.

“What’s causing more suicides is how some parents are alcoholics and don’t really ask how their kids are doing,” she said.

“I felt like I needed to tell youth in a way that shows them that they are worth something more than they think they are.” she said.

Lilly Kejick talks about how she sees addressing the high rates youth suicide in her community.

Lilly Kejick took part in a video project with The N’we Jinan. It is a mobile recording and video production team that travels to First Nations and produces music videos with community youth.

Some people in Pikangikum said they are tired of media portrayals which seem to only highlight the worst parts of community.

It is a media-shy community, these people say, with good reason.

Pikangikum has mostly been in the news for negative social effects like suicide and substance abuse.

“Sure we have our issues but we’re still doing a lot better than we were 10 years ago,” said Billy Joe Strang.

Strang is working on a project to get more locally-trained mental health workers, which he started after a cluster of suicides last year.

Originally the federal government proposed sending a group of short-term contracted mental health workers, but Strang said he saw it as an opportunity to create something that would benefit the community for longer. 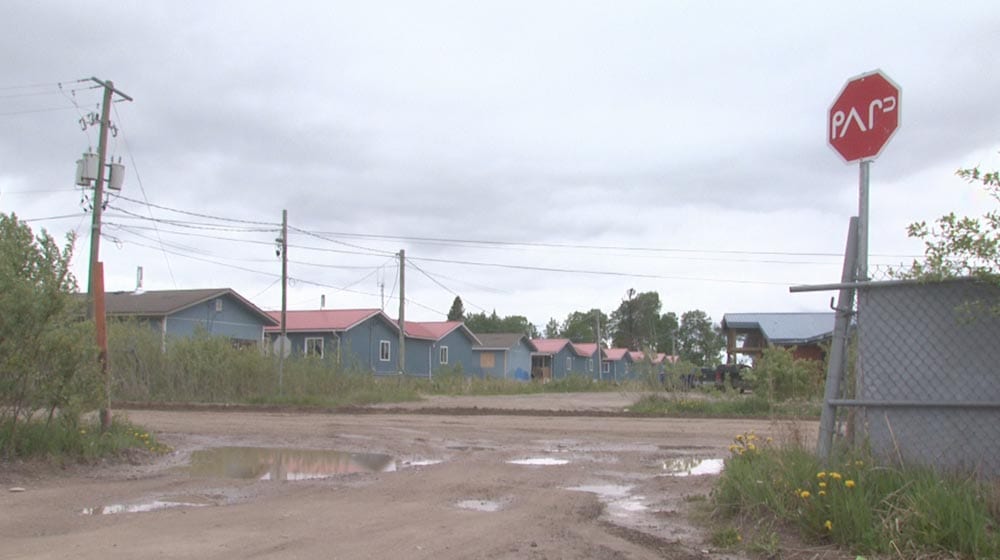 Most of the classroom hours can be taken while remaining in Pikangikum via video conference call. Every four to six weeks they fly to Thunder Bay for 14-day sessions.

After their first semester, Strang said that students were averaging marks in the 90s.

Even though it will still be some time before these mental-health-workers-in-training will be able to assist the community, Strang said it is worthwhile.

“Do it right the first time. It takes longer but it’s so much more cost-effective,” Strang said.

Pikangikum is unique in that it has an independent health authority. Strang said that whenever he has asked for government funds, whether provincial or federal, he has received it.

His next project that is near completion is to start a mental health and addictions rehab program that uses a family wellness model for treatment. Soon, they will be doing a test-run with three families.

Even though Strang provided a great deal of insight into how the community is working together in a positive way, he declined to be photographed.

“If they [the media] start linking the whole process to one person, it defeats the purpose of the work of the whole community.” 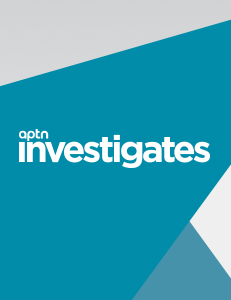