Face to Face
Judge John Reilly was a provincial judge in Alberta for over 33 years. He says, he left the bench, because he became disillusioned with Canada’s criminal justice system and how it treated Aboriginal peoples.

In the late 1990s, Reilly rose to the attention of both First Nation and Canadian leaders by requesting the courts produce a report into the governance system and services on the nearby Stoney Nakoda First Nation. Reilly had watched a steady stream of Aboriginal people march through his courtroom. Many came from Stoney. In one particular case, Reilly felt he needed more information in order to give a just sentence to the man who stood before him. This is what spurred him to ask the courts for, what some call, the first Gladue report.

Due to sticking his nose in First Nation governance, Reilly was labelled a racist by one side and as someone who has “gone native” by the other. His bosses accused him of losing his objectivity when it came to Aboriginal people. Local First Nation leadership said he was being racist by blaming them for the faults of the Indian Act.

Since then, Reilly has penned two books on his thoughts on First Nation governance, Bad Medicine: A Judge’s Struggle for Justice in a First Nations Community as well as Bad Judgement: The Myths of First Nations Equality and Judicial Independence in Canada.

As you hear in this interview, much of Reilly’s conflict in public occurred with one of the chiefs of the Stoney people, the late, Chief Jon Snow. On the next Face to Face, we’ll speak to Chief Jon Snow’s daughter, Rachel Ann Snow, about her father, the good he did for his people, and her perspective on the conflicts with Judge John Reilly. 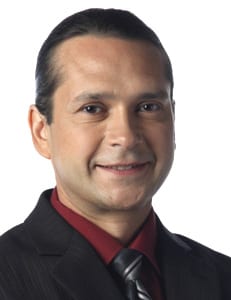